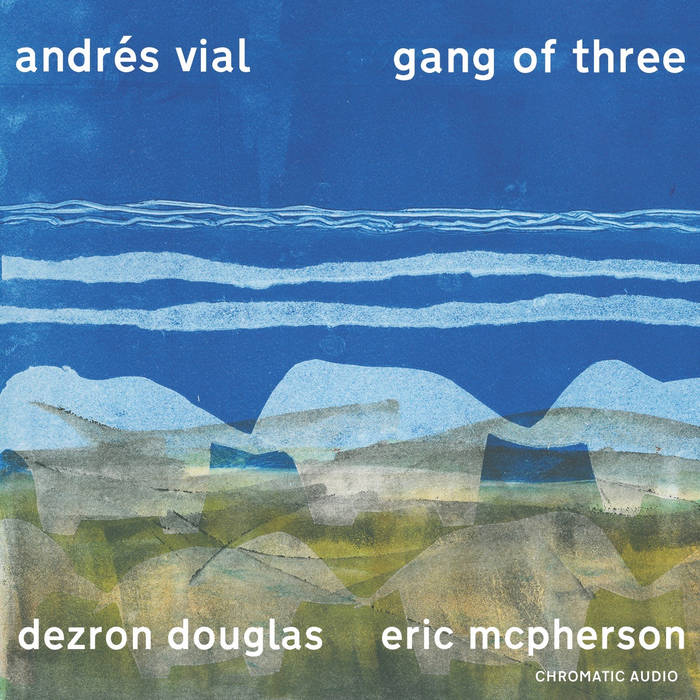 A year after the release of his critically-acclaimed Monk tribute album, Sphereology Volume One, Montreal pianist Andrés Vial shifts gears to release Gang of Three, a trio album consisting entirely of original compositions.

This new album, his fifth as a leader, finds Vial reunited with bassist Dezron Douglas and newly collaborating with drummer Eric McPherson. Vial states, “I had such a great experience recording Monk tunes on Sphereology Volume One with Dezron. He has such a beautiful, huge sound, which is important to me because I prefer to record with everybody in the same room without isolation.”

Equally important was finding a drummer who could bring fire and intensity to the music, without overpowering the bass or piano. “I asked Dez who he would recommend, considering the way that I like to record, and that the music would be modern jazz with Latin and African elements. He suggested Eric, and I immediately agreed!” Recorded in one session on April 14, 2019, Vial was “inspired by the deep musicality and in-the-moment risk-taking that Eric and Dez brought to the music. These cats never play a song the same way twice!”

all compositions by andrés vial

Bandcamp Daily  your guide to the world of Bandcamp